Drones are becoming more intelligent and versatile day by day. With advancements in technology due to millions of dollars of investment in R & D, entrepreneurs and innovators are developing specialized drones designed to aid modern industries and agricultural activities. The introduction of automated machines and robots is not a new thing in modern industries. Mass production and assembly lines result from automated machines taking over work that humans previously did. It has increased the rate of production and substantially lowered costs, allowing widespread use of consumer products.

Agriculturists, after constant persuasion, have finally agreed that though agriculture, once a conventional and traditional subject and mainly revolved around orthodox techniques, now needs to be updated with the latest techniques and methods to ensure that they achieve the maximum output. Alongside many other upgrades, it is also necessary that an essential aspect of the whole cultivation process is; crop protection.

There is currently no traditional machinery available in the market that helps farmers surveil and protect their crops from various dangers. Top of the line drone producers is now producing specialist drones that can help farmers protect and cultivate their crops. Although multiple companies have rolled out their drones, none of them has been able to beat the efficacy of the DJI T16.

Some Exciting Features of T16

The T16 has numerous features that give it an edge over the competitors and make itself the first choice of farm-owners. When coupled with the fantastic features, its unbeatable power and durability become a lethal combination and automatically rule out the possibility of any competitor withstanding.

DJI drones are famous for their fantastic specifications, high-quality, and powered drones. They have incorporated the same power level in their T16 agriculture drones to attract the masses and have thus wholly revolutionized the whole industry. The T16 drone, coming with an AI-powered engine, is smarter than ever and fully automates the otherwise complicated processes.

Moreover, the drone has to offer ultimate precision with centimeter-level positioning, which has become possible due to the GNSS+RTK dual redundancy. The dual-antenna systems also prevent intervention from other magnetic fields, thus guaranteeing a seamless and flawless flight. Not to ignore, the Dual barometers and IMUs contribute to making the flight even safer.

Thanks to the AI system present in the T16, it can tactfully deal with different situations and perform various tasks. The updated radar that comes with the drone automatically detects other aspects of the environment, and the flying pattern changes accordingly. The drone is capable of seeing and sensing the terrain is it on and adjusts its behavior accordingly.

In a flatland, the drone would automatically fly lower and ensure that it covers the vegetation. When it enters the highlands, it adjusts to avoid collisions and keeps changing its altitude. Similarly, the radar can detect weather conditions regardless of the time of the day, as it has an array of complex sensors. The flight’s safety strengthens even further, and the quality of its operations increases due to the multiple modern sensors on board.

The cameras onboard the T16 are another reason that this drone is an attractive option for buyers. If this is the main thing that you consider, then the T16 is the one for you. It comes with a high-definition, 100 degrees wide-angle camera, which guarantees a clear picture of the whole environment. As a result, ambiguities are ruled out, and safety becomes even better.

Control and handling are other strongholds of the drone. It comes with DJI’s flagship OcuSync technology, which guarantees that the controller, the drone, and the camera are sync entirely so that the data that the pilot receives is an accurate depiction of the on-ground situation. This accuracy makes these drones the hot-favorites.

If strength, performance, and durability are what you are looking at, the T16 is the perfect thing for you. However, not to be ignored is the fact that the practicality of the flying beast is uncanny. It comes with a 16-liter spray tank. Moreover, the drone can bear the roughest of conditions and comes with a sturdy frame. That is one reason why it comes with the IP67 module rating. All in all, the drone has the perfect balance of hardware and software and hence can assist you and make things easier for you.

Whenever you are about to buy something new, it is good to check for some reviews on the internet. You can find multiple consumer reviews and professional blogs about almost every drone by doing a simple google search on the internet. 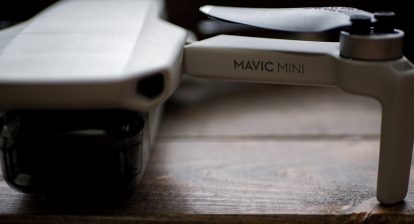 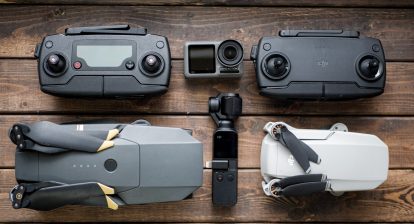